THERE’S NO SUCH THING AS LAZINESS!

Gotcha, didn’t I?  You can’t wait to argue, debunk, reject such blarney!!!

So when someone acts like or even describes themselves as lazy, there’s a reason.

For teenagers, it may be attention-seeking behavior!!  [it happens!]

The more probable answers: they may just be TIRED.  They’re going through immense physiological changes – their bodies are literally growing – and that takes energy.  It’s much like a surgical patient recovering in the hospital, not allowed to go home yet – their body is rebuilding.

Avoidance or procrastination [almost the same thing but not quite] – is basically FEAR.  It occurs because
(o) “they don’t know how” [to perform or complete the task] – and they may be ashamed to admit it, or
(o) there’s some other fear-like reaction going on inside their head.

In some people – adults and teens, there is actually a FEAR of SUCCESS – which shows itself as laziness, procrastination or avoidance.

Might there be deep-seated psychological issues? Yes – but not as often as you might think. And if there are, the solutions are pretty much the same ones listed here.

And, there may be several other causes going on – but simply labeling it as laziness evades the question, the issue, the cause.

Bottom line? Laziness is a defense mechanism – they’re hiding something – even though they may not consciously realize or understand that they’re doing it!

What to do?  Use patience, empathy, support, GENTLE encouragement, DON’T MAKE A BIG ISSUE of it.  The bigger you make it, the more defensive they’ll become. In reacting – show no emotion.

And when you see “movement,” progress, got off the couch or whatever, – what BF Skinner called ‘successive approximations’ – compliment that action or movement - without making it a HUGE thing.

And as always with teenagers – stay the course and ‘soldier on’ – with faith in your heart and a thick skin! 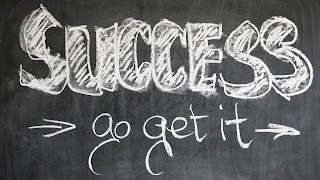