ME - a Helicopter parent??

We’ve heard a lot recently about helicopter parenting.  Most all parents immediately reject the notion that they might be one.  In defending themselves, they usually reference protecting their kids’ safety, success and happiness.  It’s probably not worth indicting or crucifying them.  The issue is – where do we go from here?   Here’s a parallel: when I worked in a school district, in assessing student’s learning problems, oft-times a neurologist was called in to determine if there was brain damage. REGARDLESS of the neurologist’s finding, the prescriptive remediation and individualized educational plan WAS THE SAME.  In like fashion, whether you or anyone is ‘convicted’ of being a helicopter parent, here’s what you should do or should have been doing:


·        In my (other) work, developing business leaders, there are two basics: Leadership is influence. To influence anyone, you must (a) listen to them and (b) meet or fill their needs.  A manager who dictates what employees should do gets far less productivity than the one who connects the needed task(s) or projects to the employee’s dreams and goals.  Same thing with your student!!

·        Whether you’re helicoptering or over-parenting or just compassionate, allow them to fail and get themselves back up.
·        And if you have questions or comments, don’t hesitate!
Steve Simons, Launch-Your-Life.com
Posted by launch-your-life at 6:24 AM No comments:

Posted by launch-your-life at 10:16 AM No comments:

FOUR Actions to Strengthen your student’s success this year 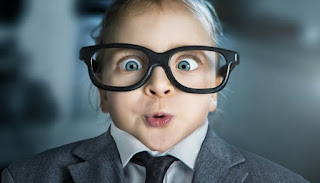 By now, your student(s) have been back in school for a week or several.  As you envision their school year, keep the following in mind:  The best predictor of future behavior is past behavior.  Whatever you saw them do or not do last year will probably RECUR this year!  In addition – and this is a hard one for many people to believe – all behavior is successful – at living out ‘the script’ that’s in our heads, whether conscious, sub-conscious or other.  Hopefully these are successful behaviors.  But often, they can be self-defeating actions or self-fulfilling prophesies, etc. The ONLY exception to that explanation MAY be that they may simply don’t KNOW any other response.  But if you want your student to change, you have to change the results they experience.  [ACTION 1] The best way to achieve that is to alter or fine-tune their PROCESS.  [ACTION 2] You may (probably?) have to guide them, in explicit detail, in planning what and when they will do something – prioritize, plan, write it down.  Recent research regarding the teenage brain tells us their ability to balance and weigh priorities and thence to plan is weak, not fully formed and incomplete at this age.  That incomplete brain maturation also leads to easily forgetting what they were doing.L  [ACTION 3] Helping them plan toward big projects – and breaking the project into more do-able chunks, perhaps using a large wall calendar or such can be a great tool and strategy to help them see the bigger picture and then to guide their WEEKLY actions.  [ACTION 4] One secret which helps overcome several different issues is SMALLER & SMALLER.  Take any task and break it into smaller chunks. This diminishes procrastination, fear, avoidance, too little time, poor planning, etc.  It also increases the person’s self-confidence [self-confidence comes from repeated successes], hence increases their MOMENTUM toward the next step.  And the key is to ACT NOW. If you’ve seen a problem or weakness in the past, don’t wait until it mushrooms into major problems – begin the correction now.  And please report back on your results!  Steve Simons, Launch-Your-Life.com
Posted by launch-your-life at 10:14 AM No comments:

Life too comfortable for today’s kids?


Life has changed.  Society has changed!  We wanted to give our children a better life – and we did!  But unfortunately we may have made it too easy for them.  Research and observations from college professors, deans and statewide education officials tell us that an alarming number of today’s students simply don’t have the self-management skills and habits needed to succeed in college.  One way to assess this for your student is to ask yourself how well they really deal with challenges and adversity.
Do they mope around or complain – “it was somebody else’s fault” or do they get back up, re-commit and try, try again? And if you don’t know – because you haven’t known or observed their reactions, you MIGHT be overly protective.  In other words, you may have shielded them so well from adversity and defeat that they never learned those highly valuable and important ‘failure’ lessons!
Another option: ask yourself whether you have seen and see (now) daily examples of REAL planning, setting short-term goals, working daily toward long-term goals – suffering defeats and getting back up and in the game.  And be careful to discern whether s/he frequently uses that adult phrase “I’m gonna” but seldom DOES what they said they would.  And if you’d like, contact us at Launch-Your-Life.com [or (518) 475-1538] for a free consultation and assessment.
Posted by launch-your-life at 7:49 AM No comments: